Fondation ROGER DE SPOELBERCH is a foundation established in Geneva. Its objective is the funding and promotion of research and assistance in the area of neurodegenerative diseases in general and of certain psychiatric disorders seriously altering human behaviour, such as schizophrenia.

To achieve the objective set, the Foundation has identified several approaches for its work. 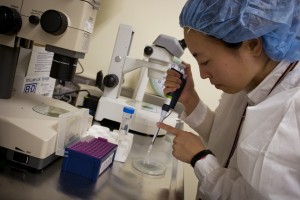 It intends to promote medical and scientific research for the purpose of accelerating the discovery of new means of fighting the above-mentioned diseases and disorders. To do this, the Foundation awards an annual prize, the “ROGER DE SPOELBERCH” prize, to a research project carried out in particular in a European university hospital.

It has entrusted to a Scientific Committee made up of leading European doctors and professors specialising in neurosurgery, medical imaging, psychiatry and other areas the task of selecting the researchers who have made a significant contribution to medical and scientific research. Each year it grants substantial financial support to one of them, thereby enabling them to pursue their much needed work in the fight against neurodegenerative diseases.

Furthermore, the Foundation wishes to provide useful assistance to patients with neurodegenerative diseases, the hospital or clinical facilities that admit them, as well as their families.

The Foundation is apolitical, secular and does not consider its actions to be geographically limited in any way, although it does wish to focus its efforts first and foremost on European territory.